About The Dunwody Lecture Series

The Florida Law Review’s Dunwody Distinguished Lecture in Law series was established by the U.S. Sugar Corporation and the law firms of Dunwody, White & Landon, P.A. and Mershon, Sawyer, Johnston, Dunwody & Cole in honor of Elliot and Atwood Dunwody. The honorees were brothers who dedicated their lives to the legal profession and who set a standard of excellence for The Florida Bar. As graduates of the University of Florida College of Law, they labored long, continuously, and quietly to better the social and economic conditions in Florida.

The Dunwody Lecture series is intended to perpetuate the example set by the Dunwody brothers by providing a forum for renowned legal scholars to present novel and challenging ideas.

The 2020 Dunwody Distinguished Lecture in Law: 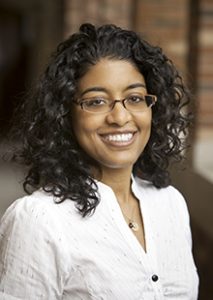 The 2020 Dunwody Distinguished Lecture in Law will be held Thursday, October 8, 2020 at 4:00 p.m. via Zoom. The lecture is free and open to the public. To RSVP to the event, please contact Caroline Bradley or James Palanica. Their contact information is below.

She is a nationally recognized expert on the topic of public policing in urban communities. Her research in this area focuses on the relationships between legal authorities and community members. Professor Meares also teaches courses at Yale Law School that cover topics like criminal procedure, criminal law, and policy. She has also served on the National Academy of Sciences Committee on Law and Justice, a National Research Council standing committee, and the U.S. Department of Justice’s Office of Justice Programs Science Advisory Board. In 2014, Professor Meares was appointed by President Obama to his Task Force on 21st Century Policing, and in 2019, she was elected to the American Academy of Arts and Sciences.