The 2017 Dunwody Distinguished Lecture in Law

Come, Stay, and Enjoy Your Day: Sex Trafficking and Franchisor Liability Under Section 1595 of the Trafficking Victims Protection Reauthorization Act

When Police Volunteer to Kill

The 2017 Dunwody Distinguished Lecture in Law: 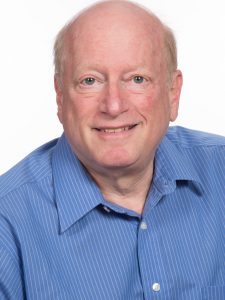 “Illiberal Constitutionalism” will be held Friday, February 24, 2017 at 10 A.M. in the Chesterfield Smith Ceremonial Classroom, Room 180, located at the University of Florida Levin College of Law. The law school is located at 2500 SW 2nd Avenue, Gainesville, Florida 32611. The lecture is sponsored by the Dunwody Distinguished Lecture in Law Series and is presented by the Florida Law Review. The lecture is free and open to the public. Free parking will be available at the law school.

The Florida Law Review’s Dunwody Distinguished Lecture in Law series was established by the U.S. Sugar Corporation and the law firms of Dunwody, White & Landon, P.A. and Mershon, Sawyer, Johnston, Dunwody & Cole in honor of Elliot and Atwood Dunwody. The honorees were brothers who dedicated their lives to the legal profession and who set a standard of excellence for The Florida Bar. As graduates of the University of Florida College of Law, they labored long, continuously, and quietly to better the social and economic conditions in Florida.

The Dunwody Lecture series is intended to perpetuate the example set by the Dunwody brothers by providing a forum for renowned legal scholars to present novel and challenging ideas.

Distinguished Speaker:
Professor Tushnet, who graduated from Harvard College and Yale Law School and served as a law clerk to Justice Thurgood Marshall, specializes in constitutional law and theory, including comparative constitutional law. His research includes studies examining (skeptically) the practice of judicial review in the United States and around the world. He also writes in the area of legal and particularly constitutional history, with works on the development of civil rights law in the United States and (currently) a long-term project on the history of the Supreme Court in the 1930s.