Paul Rose, Shareholder Proposals in the Market for Corporate Influence 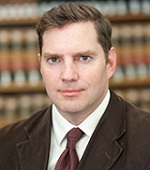 This Article develops a theory of shareholder voting that suggests this behavior reflects shareholder concern over two types of costs. First, the majority of shareholders operate under information-cost constraints as diversified investors who generally have significant informational asymmetries with respect to management. Therefore, these shareholders will tend to seek low cost signals of firm performance. This conclusion predicts support for disciplining proposals that allow shareholders to key off of basic financial performance measures such as market price. Indeed, as other scholars have noted, the majority of shareholders are most interested in defensive, ex post activism that reduces managerial entrenchment and exposes managers to the market for corporate influence and corporate control.

Second, the significantly lower levels of support for empowering proposals may be explained by common agency costs that arise as numerous shareholder/principals seek to influence a single set of manager/agents. The significant empowering proposals identified in this Article have a common feature: they all promote shareholder influence in excess of a commensurate economic interest held by the activist shareholder. This common feature raises concerns that activist shareholders will attempt to use their influence to extract private benefits at the expense of other shareholder/principals. However, most shareholders appear to recognize the threat presented by a common agency in which small block holders are empowered to influence management, and such proposals therefore receive significantly less support.

« Rafael I. Pardo, The Undue Hardship Thicket: On Access to Justice, Procedural Noncompliance, and Pollutive Litigation in Bankruptcy
Lily Kahng, The Taxation of Intellectual Capital »