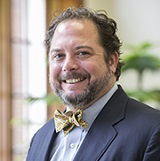 Among the myriad legal issues confronting states—like Colorado—that are experimenting with the legalization of marijuana, is the need to regulate “pot tourism” by visitors from other states where marijuana remains illegal. In Colorado, the final recommendations from the Amendment 64 Implementation Task Force included a proposal “to limit purchases by state residents to an ounce at a time and to a quarter of an ounce for out-of-state visitors.”1 The lower amounts for nonresidents were intended to deter pot tourists from “smurfing”—visiting a number of different dispensaries to accumulate larger amounts of marijuana with a view to illegally reselling the pot.Colorado’s legislature adopted the task force’s recommendation in House Bill 1317 to establish the regulatory framework for the legal sale of marijuana.Colorado’s governor recently signed the Bill into law,and among its provisions is a quarter-ounce purchase limit for nonresidents.Under Colorado’s new law, the sale, to a nonresident, of an amount in excess of the quarter-ounce limit is a class 2 misdemeanor,punishable by between three and twelve months imprisonment, a $250 to $1000 fine, or both.

Treating purchasers of a legal product differently based on their state of residency implicates constitutional doctrines that limit a state’s ability to discriminate against nonresidents. This Essay examines the Colorado recommendation in light of two of those doctrines: the Privileges and Immunities Clause of Article IV, Section Two and the dormant Commerce Clause doctrine (DCCD).At first glance, Colorado’s facially-discriminatory law appears to be almost certainly unconstitutional under current doctrine. This Essay will argue, however, that Colorado could make a compelling case that its law does pass constitutional muster. This argument is bolstered by the U.S. Supreme Court’s recent treatment of both Privileges and Immunities and dormant Commerce Clause claims in McBurney v. Young, as well as recent federal guidance on enforcement of federal drug laws.