Chad Flanders, Pardons and the Theory of the “Second-Best” 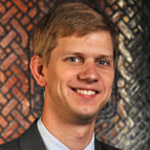 This Article explains and defends a “second-best” theory of pardons. Pardons are second-best in two ways. First, pardons are second-best because they represent, in part, a response to a failure of justice: the person convicted was not actually guilty, or he or she was punished too harshly, or the punishment no longer fits the crime. In the familiar analogy, pardons act as a “safety valve” on a criminal justice system that doesn’t work as it ideally should. Pardons, in the nonideal world we live in, are sometimes necessary.

But pardons are also second-best because they can represent deviations from other values we hold dear in the criminal law: fairness, consistency, and nonarbitrariness. Pardons can all too often reflect patterns of racial bias, favoritism, and sheer randomness, both when they are given too generously and when they are not given generously enough. So we need to have a theory of how the pardoning power should be used, even when it is used to correct obvious injustices in the criminal justice system.

This Article takes up the task of showing how pardons are justified, but more importantly, this Article also theorizes how pardons should be used. Specifically, it introduces two constraints on the pardon power, one that constrains pardons when we consider them individually and another that constrains pardons when we consider them as a whole. It is this latter ground that has especially been underdeveloped in the literature, and this Article provides grounds for evaluating pardons not merely taken one-by-one, but when more than one pardon is given out at a time, or over the course of an administration.